What Were We Thinking?

So, about this blog.

Blogs are a thing on the internet, and as with all things on the internet (and unlike most other things in life) barriers to entry are few. To fling stuff into the blogosphere, one needs not many dollars and an overinflated sense of self importance.

The blogosphere is a noisy, noisy place where you become convinced that hanging garbage on the wall is called “upcycling”, breast milk will clear up acne, republicans are Satan’s minions, democrats are Satan’s stooges, the president is Satan, a $49 vial of eucalyptus oil will put your baby to sleep and cure lymphoma, and that, contrary to popular opinion, there are only five (five!) simple steps to making maple bacon cupcakes with a honey bourbon glaze for your little’s 4th birthday party. 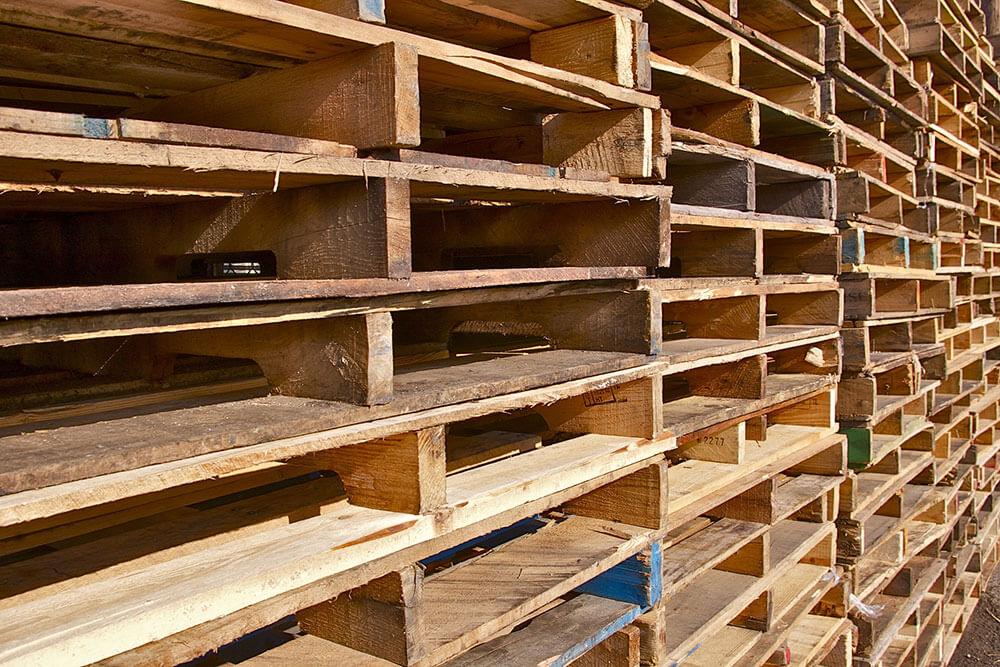 Way too many pallets. (Photo by Bill Benzon | Creative Commons)

In spite of this oversaturation, Leslie’s blogger sister convinced her that the blogosphere lacked an important voice: ours. She said we should write about our projects. Leslie, in turn, convinced me, but I didn’t need much convincing on account of my swellheadedness.

After all, no one is better suited to fill the DIY blog void that doesn’t exist than us. We do things to our house. I’m like Bob Freaking Vila, sans a smidge of expertise, and Leslie is like whoever Bob Freaking Vila’s wife is.

The world needs us.

We launched Hammer & Moxie about this time last year, writing only to ourselves at first as we got a feel for what we could fit into our schedules and tried to settle in and find our voice (which we’re still working on). Leslie and I couldn’t dedicate a lot of time to it with a one-year-old and employers to appease, but Hammer & Moxie began to take shape. Focus groups (hi, Mom!) loved it. So, we decided to share it with you.

And as soon as we did, by way of a birdhouse nightlight giveaway, we got really, really busy elsewhere in life. Our newish daughter, Hannah—known for being sedentary for most of her existence to that point—became the opposite of sedentary. And I became busier at work than I’ve been in years. Suddenly, Leslie and I were stretched thin, and we were voluntarily stretching ourselves even thinner with this blog that the Internet didn’t even need.

And here’s the thing about a home improvement blog: you have to make something before you can write something. At least, that’s our intent: to write about things we make. And as soon as life got busy(er), the last thing either of us wanted to do after work was haul our weary bums to the basement to build a birdhouse in time for Tuesday’s post.

It took the better part of a year to share our latest post. Hammer & Moxie is many things. Consistent, as it turns out, isn’t one of them.

We should write more often. Conventional wisdom dictates that we should post multiple times a week, that is, if we want to build a readership. Traffic would be nice, but Hammer & Moxie is supposed to be fun first. And it’s supposed to be good. At this frenetic stage in our lives, we can’t make it good and post with the frequency we’d like. Something has to give.

So, we’ll take (and have taken) lots of breaks. Sometimes those breaks will be spent doing projects, about which we’ll eventually write (scroll down for a preview of our latest project). But truth be told, we’ll spend a whole lot of that time wiping little people butts or surfing the outer reaches of the TV dial until we settle on a sitcom we don’t even like that much and watch three consecutive episodes of said subpar sitcom until one of us pokes the other and mumbles, “Wanna go to bed?” It just depends on where the winds of chance take us.

We hope breaks will guard against burnout, and ensure that our posts, though infrequent, will be fun and good.

Obviously, this is nothing new. But it’s good to say it out loud so you don’t think we died.

So, those of you who check your email and then Hammer & Moxie each and every morning (anyone? anyone?), thanks but that won’t be necessary anymore. Given our commitment to being non-committal, the best way to stay in touch is to either follow us on Facebook or subscribe to our newsletter, whichever strikes you as less intrusive. That way, our new posts can find you. We won’t post often, so we promise your newsfeed and inbox won’t be flooded. It’s just the best way for you to passively keep tabs on our projects. And we’ll make ’em count. I promise.

What We’ve Been Up To

In July, we broke our second floor. As in, we broke all the walls. Tore them right down. 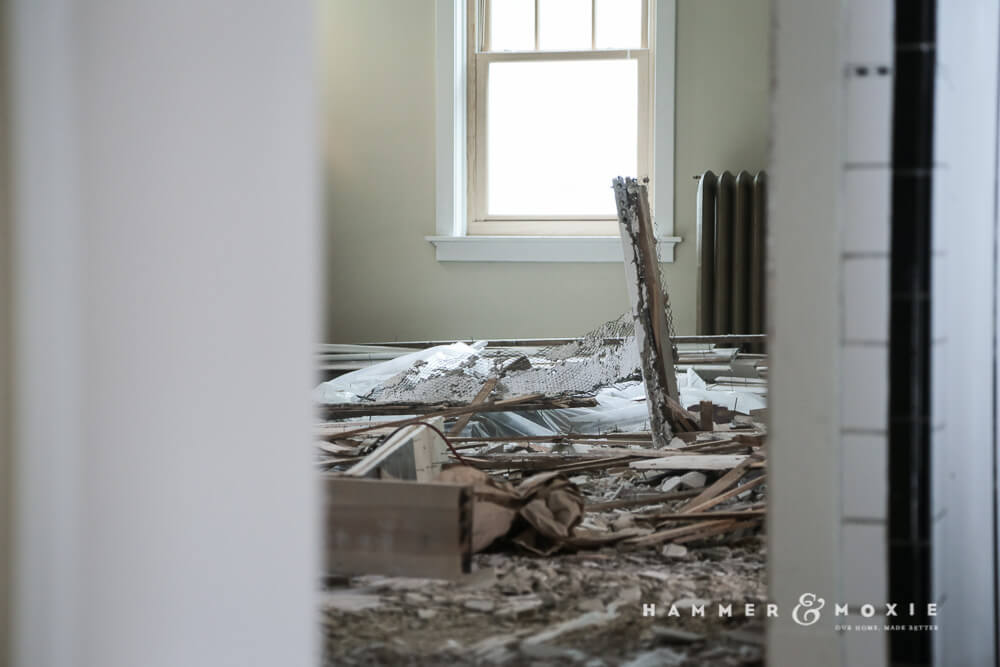 I’ll post more details about what we’re doing soon. But the gist is this: we’re reconfiguring our second floor to better define the bedrooms and add an en suite master bath. Lots of demo, lots of new walls, plumbing, electric, everything. It has been all-consuming—a second full-time job for both of us for weeks at a time—a job that has stretched into the wee-est hours of the morning more than once. And it has fueled many a panicked conversation in which Leslie had second thoughts well past the point of no return.

But it’s taking shape, and stress has given way to excitement (mostly). The worst is behind us, but there’s still a ways to go. We’re excited to start sharing progress soon.

Well, as soon as we’re able to catch our breaths.